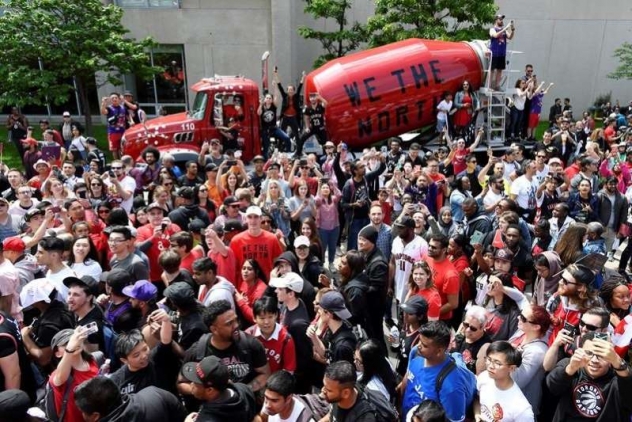 Toronto Raptors NBA championship parade took over Toronto on June 17, which is now a day the city’s mayor has officially declared “We the North” day. There were overtwo million fans in attendance who flooded the streets and took part in the celebrations. Raptors fans flew from all over the country and world to witness this historical day. The parade started at 10 AM running east along Lakeshore Boulevard, up York Street and University Avenue and end up at Nathan Phillips Square. The big ceremony and celebration was planned to start at 12:30 pm at NPS, however due to overwhelming crowds of fans it took an extra 3 hours for the NBA champs to finish the parade route.

Toronto Redimix is a proud supporter of the Toronto Raptors and was thrilled to be part of this historical day. During the playoff run we decorated two of our concrete mixers with the team’s slogan, “We The North”. We were thrilled to have one of them in attendance at the Championship Parade along the parade route at Lakeshore. We were proud to have fans take pictures and thrilled to have the Raptors’ championship players participate as we honked our horn to initiate the popular “Let’s Go Raptors!” chant. Toronto Redimix is a proud to represent our city, its passionate Raptor fans, and show support for the NBA Champs. Go Raptors Go!