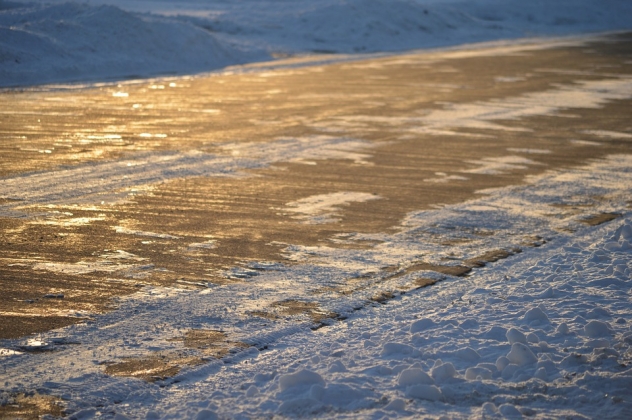 WHAT EXACTLY IS DE-ICING SALT?

Simply defined: de-icing is the process of removing snow or ice from a surface. De-icing salt is the salt that we use to perform this process. It’s worth exploring these simple truths because de-icing our roads and places of business has a big impact on our collective safety, environment, and everyday lives.


Salt is the most commonly used de-icing agent – and for good reason. Not only is salt the most efficient de-icer on the market, it is also the least expensive. Salt is also easy to spread, easy to store and readily available in large quantities.

How Does Salt Melt Ice and Snow?


When combined with water, salt begins to melt ice through a process called “freezing point depression,” which is a fancy way of saying that salt prevents water from freezing. After salt combines with water it changes the water’s freezing point, which eventually leads the snow and ice to melt.

Salt Needs to Combine with Water?


To activate its melting effects, salt needs to be combined with water. Luckily, snow and ice have a thin layer of water on its top surface, causing the salt to react. For more immediate and effective de-icing there are pre-wetted salts that begin the melting process immediately.


The most common type of de-icing salt is rock salt. Chemically, this is the same type of salt as table salt – just a different texture. Rock salt lowers water’s freezing point by up to twelve degrees. Treat the rock salt with magnesium and the freezing point is lowered by about fifteen degrees. At Draglam Salt we provide a variety of de-icing products to fit the unique needs of your business. For example, our “Lava Melt” is a combination of calcium chloride and calcium magnesium acetate, which lowers water’s freezing point to thirty degrees below. The “Lava Melt” is a viable de-icing solution for some of Canada’s coldest regions.


Salt does not accumulate or degrade, and is not considered an environmentally hazardous substance. When de-icing salt is used responsibly it has a very low impact on the environment. It is non-toxic and is disposed gradually through natural processes. For details about what concerns to keep in mind when using our products check out this handy chart.

Where Does De-icing Salt Come From?


Salt occurs throughout the world and its abundance is part of what makes it an excellent choice for de-icing. Rock salt is extracted through traditional mining. Miners work to break out deposits of rock salt and then crush the extracted salt rock until it reaches the size appropriate for road de-icing.


Ultimately, de-icing salt is an environmentally sensitive product that allows us to keep safe on winter roads and conduct business uninterrupted. It’s the most efficient, cost effective solution to the dangerous buildup of snow and ice.